Non-process emissions totaling 3,922 MtCO2 is from combustion of fossil fuel and electricity and transportation fuel throughout the supply chain from limestone and materials mining to heating and transportation fuel-related emissions (scopes 1, 2, and 3).
Swiss Church Aid (HEKS), with the support of the European Center for Constitutional and Human Rights (ECCHR) and the Indonesian environmental organization WALHI launched a complaint against Holcim, demanding that the company "immediately and significantly reduce its CO2 emissions, pay compensation for damages already incurred and co-finance urgently needed flood protection measures. This is the first time that a Swiss company will be held legally accountable for its role in climate change." See: https://callforclimatejustice.org/en/webreport/ for details.
Holcim scopes 1 (by source), scope 2, and scope 3, by source, 1950-2021. 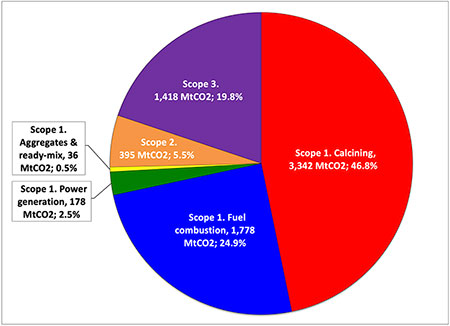 Oil reserves, capital expenditure trends, & perverse incentives undermine the climate commitments of oil majors. Comparing BP's self-imposed targets to those of ExxonMobil reinforces their social license to operate because it validates their leadership in the energy transition. This buys these companies more time to extract oil and gas. 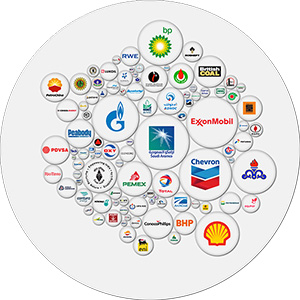 CAI and colleagues from Union of Concerned Scientists, University of Virginia, Ocean Conservancy, and Woods Hole Oceanographic Institution modeled the contribution of major fossil fuel companies to the acidification of the world oceans that is driven by the oceans� uptake of roughly one-quarter of the anthropogenic emissions of carbon dioxide. The results are stunning: We find that more than half of acidification � and, by extension, half of the damages to coral reefs, fisheries, and the very web of life of the oceans � is attributable to the operational and product emissions from 88 major carbon producers from 1965 to 2015. 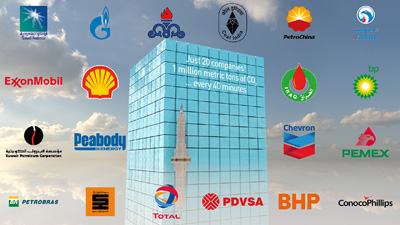 Read It's time to rein in the fossil fuel giants before their greed chokes the planet. CAI’s work on the Carbon Majors is the hub for the 20 articles in the Polluters Series. 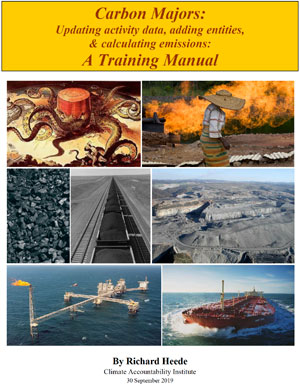 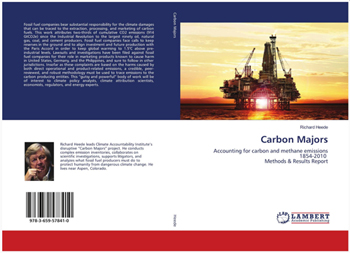 Richard Heede was invited to testify at the National Inquiry on Climate Change hearing in Manila, 28-29 August, before the Philippine Commission on Human Rights, and gave a presentation on Climate Accountability Institutes' work to quantify the contributions of major carbon producers to climate change and climate damages." Several Filipino petitioners also testified at the two-day hearing, including Filipino climate scientists, and local affected peoples from the devastating typhoon Haiyan of November 2013. Experts Carroll Muffett (President of the Center for International Environmental Law, and a member of CAI's Board of Directors), Geoffrey Supran (Post Doctoral Fellow in the Department of the History of Science at Harvard University), and Sophie Marjanac (Lawyer, ClientEarth, London) gave powerful presentations.

Among the broad media coverage of CAI's work, Jason Mark's contribution in Sierra magazine (May/June 2018) stands out: Mark, Jason (2018) The Case for Climate Reparations: who should pay the cost for climate-change-related disasters? Sierra, 27 April 2018. Read the article here.

"Like the Carbon Majors analysis that it builds on, this report demonstrates the growing precision with which major carbon producers' responsibility for climate change and climate impacts can be quantified, allocated and, ultimately, litigated," said Carroll Muffett, President of the Center for International Environmental Law and member of the CAI Board of Directors.

Mary Christina Wood, Philip H. Knight Professor at Univ. of Oregon School of Law, noted that "behind destructive hurricanes, wildfires, floods, heatwaves, and sea level rise is a terribly damaged climate system. This study connects the dots between the science and the corporations responsible. It is vastly important for laying the legal groundwork to hold corporations accountable before it is too late."